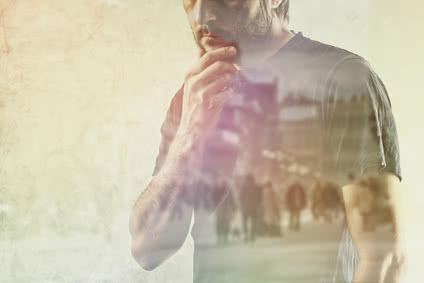 Overcoming irritability and that knee-jerk reaction of grouchiness.

Before I discuss handling irritability from an emotional standpoint, let’s first have in mind three examples of emotional irritability that I come across regularly:

Dave has trouble getting work done when everything around him is affecting his ability to concentrate. Dave’s co-worker, who sits in the cubicle next to him, sniffles constantly. Across from Dave, another co-worker has his music player on louder than Dave would like. Not to mention, the heat in the office is always too high. It’s that same helpless overwhelmed feeling he had when he was growing up, when there was so much going on at home, and no one was available to help with his homework. It was easy for Dave to get irritable in these situations, dreading that he would pay the price for all of his coworkers’ selfishness.

Charlotte and her husband both work full time, yet Charlotte usually makes the dinner. One evening, Charlotte flew off the handle because she was irritated when her husband didn’t say thank you for the dinner. Even though he usually does say thank you, this time he didn’t. She felt unappreciated, and was really annoyed. It made her feel like she did about how her father would never thank her mother for all she did around the house. She sometimes worries that her marriage might end up the same way as her parents – in divorce – and this needling worry often puts her on edge with her husband.

Jenna’s 6-year-old daughter, Kerry, constantly leaves her dirty clothes on the floor – she never puts them into the hamper like she’s supposed to. Jenna feels burdened by having to follow Kerry around and pick up after her, and is often irritated with Kerry. She just doesn’t understand how Kerry won’t do what she’s told – after all when she was a child, she did was she was told, otherwise her parents would scold her. Jenna has chosen not to scold Kerry, but still is irritated by her daughter not putting her clothes in the hamper?

The above scenarios equated irritability with a past experience of emotional pain that is activated by a current unpleasant situation. When emotional pain from an earlier time is felt, our initial reaction is often irritability often setting us up to have a stronger reaction than we would like.

Why is irritability a common reaction to an emotionally painful scenario? Irritability is a form of anxiety, of our bodies telling us “this situation is overwhelming for me – I can’t handle it and need help.” But if that help – in the form of physical and/or emotional support – isn’t immediately available to combat the pain, irritability often ensues. It’s that initial reaction of Oh no. Not this again. This emotional reaction to our present situation is the same feeling associated with a related past experience, and it happens quickly, and for a reason – to mobilize coping mechanisms learned in earlier situations. The key is that we can learn to not react the same way, enabling us to overcome the irritability that is caused by emotional triggers. We can learn to re-channel our knee-jerk irritability response to something else that helps us.

For instance, instead of believing he is powerless to change his office environment like he was a child, Dave could conceive new ways to improve his situation, channeling his irritability into action such as asking his coworker to lower his music, requesting maintenance to adjust the heat, using headphones at his desk, or dressing in lighter clothes.

For example, in asking these questions of herself, Charlotte might realize that her fears about her marriage have more to do with her memories and fears about her parents’ divorce than about her own marriage. In comparing the present situation to her parents’ she would likely recognize that while her husband’s slight was somewhat similar to those of her father, it was not the same. In seeing this distinction, she would likely see other important differences distinguishing her husband’s behavior from that of her father, thus helping her feel less irritated.

If you feel like you want to feel less irritable, you can! Like with all change, the first place to start is in recognizing with a different perspective what might be going on. Identifying buttons, or other unrealistic expectations that could be driving your irritation, will help you understand more about your experiences, and the not-so-obvious feelings that could be behind them. This broader understanding delivers an increased sense of control that both offsets the sense of emotional powerlessness that often accompanies reactivity, and also mobilizes more adaptive and creative coping strategies to address the root causes of your irritability.

Looking for more help in understanding anxiety? Learn more about my book Hack Your Anxiety and access free tools to help you manage the fear and anxiety going around the world today.

Posted in Blog, How To Deal With Anxiety Blog, Wellness Blog