Good Stress Versus Bad Stress And The Differences Between The Two 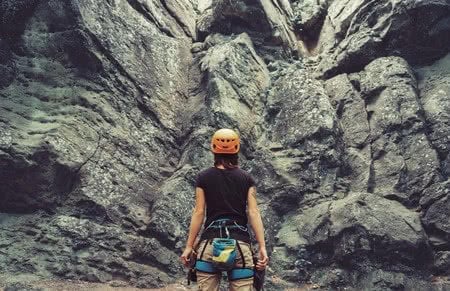 Selye never conceived stress as a universally bad thing. In fact he so distinguished between good and bad stress that he coined two new terms for them: eustress and distress. He believed  these different stress responses would prove critical both for the scientific community and general public.

Of these two terms, distress has had a more lasting impact in our thinking about stress than eustress. However Selye believed they were two sides of the same coin – how we react to pressure. He continually emphasized “stress is not what happens to you, but how you react to it.”

Selye’s focus on the reaction to stress laid the groundwork for some of today’s most compelling research. Almost 40 years later, science is now proving what he suspected. Our perception of stress appears to define its impact on us.

The tipping point between good and bad stress

Stress fuels pressure to expand capacity and restore balance. The more imbalance, the more pressure to restore it, and the greater the demand for change. Increasing pressure fuels adaptive change – good stress – up to a point. Beyond that point, change rapidly gives way to distress – bad stress – stunting adaptation and growth.

The tipping point between good and bad stress varies individually and situationally.

Few clear definitions exist of when and how stress becomes negative, though it remains a current subject of investigation and debate. Selye had no clear answer either and was said to be frustrated by the variability that kept alluding his understanding. Late in his career he came to believe the difference had to do with how we understand and react to stress.

The power of perception and taking control

Almost 40 years later, science has now confirmed his hypothesis that how we perceive stress defines its impact on us. In a compelling study of 28,753 people’s experience of stress and health, perception of stress, rather than severity or chronicity of stress, determined its impact. People experiencing moderate stress who believed it was harmful were more likely to die prematurely than those who experienced more severe stress, but believed it was not harmful.

The results of this study have profound implications for facing stress, and maintaining health and resilience. When it comes to managing stress, we have a lot more control than we had previously thought.

The tipping point between good and bad stress is far less finite than we might have suspected, and considerably within our control. Even as stress and discomfort build, the impact of stress is largely a result of how we perceive it, and how we react. Should you sense yourself tipping off balance, you have choices. Look for places to recalibrate your efforts to better align with top goals. Although this balancing act is different for everyone, taking control is fundamental to all healthy stress responses.

No matter how bad stress feels, a positive attitude and sense of control can keep it working optimally for us. Unless you are flirting with a true tipping point of overwhelm, good stress can be as easy as deciding it is.

For more help with managing stress and anxiety, check out my anxiety blog, download my free ebook, or sign up for my newsletter.

Posted in How To Deal With Anxiety Blog