Rethinking the Importance of Sleep: 5 Ways to Get More Rest – Find A Psychologist 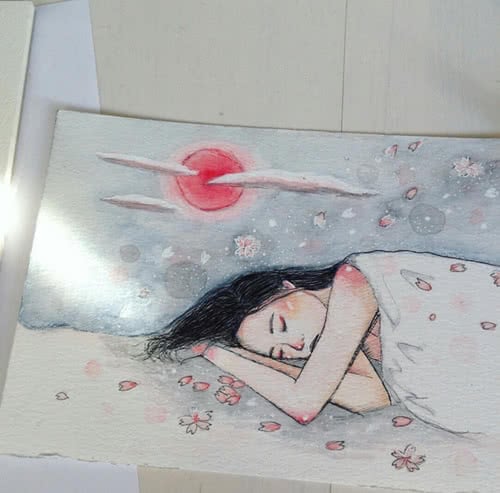 Very pleased to have this article published today on FindaPsychologist.com – a version of which was originally published here in 2014. The basics still stand today – it is hard, but so important, to get the rest we need.

It’s 2 a.m. and you are awake, knowing you should have gone to sleep hours before, but nevertheless, you are awake. Sleep deprivation is ubiquitous in our modern culture – and can be something we sometimes even wear as a badge of honor even as our lack of sleep is affecting us negatively. Depression, increased anxiety, irritability, and concentration difficulties can all be tied to inadequate sleep.

And sleep studies keep coming out linking sleep with mental health, and overall physical well-being. Not only does our body appear to recover and regenerate during sleep, but so too does our brain. Recently dubbed “the brain’s housekeeper,” sleep is now understood to be critical to brain functioning. Scientists have recently discovered a tiny network of fluid-filled channels that clear toxins from brain cells – similar to our cardiovascular lymphatic system – that is only activated during sleep. According to this new discovery, for the brain to get cleaned, it must sleep.

Sleep loss can impact functioning at home, in schools, and in businesses. Sleep loss can ramp up many mental health challenges including depression and anxiety. Fatigue can mimic depression, with so many diagnostic criteria overlapping between the two, including depressed mood, changes in energy, appetite, or sleep, as well as concentration problems. Anxiety can also escalate with suboptimal sleep – who hasn’t felt that jittery feeling of not getting enough sleep? For people who are sensitive to anxiety, sleep deprivation can be particularly grueling as its effects increase anxiety, especially for worriers.

As a front line offender in today’s increasing mental illness, there aren’t many mental health symptoms that aren’t worsened by sleep loss. Fatigue’s capacity to elevate, and even masquerade as, depression can be confusing to many battling mood challenges. Studies show that shortened sleep almost doubles one’s genetic risk for depression – essentially, if someone has a relative with depression, their risk for depression doubles (from approximately 25% to 50%) when sleep is limited. Everything is harder when we don’t get enough sleep, and getting enough sleep is one of the core strategies I share with patients.

Adults are not the only ones threatened by sleep deprivation: kids who don’t get enough rest are more likely to have higher percentages of body fat and obesity, drug and alcohol abuse, and teen depression. Teens in particular are at greatest risk, with academic, social, and extracurricular demands keeping them up late, and early school start times making it hard to get the 9-10 hours per night they need to function at their best. According to a recent study, sleep deprivation may be a key precursor to depression in teens with their developing brains being acutely susceptible to habit formation and laying down habits for life. That shortened sleep in adolescence risks depression later in life underscores the critical importance of adequate sleep to teen mental and physical health. As parents, I don’t think we can get enough data on how important sleep is for our kids and teens, and yet getting adequate sleep still remains elusive for so many of us, as well as our children.
So how can you make sleep more of a priority?

Adequate sleep boosts energy, productivity, and happiness – indeed, with enough sleep, our brains function better, which helps us maintain a positive outlook, and make healthier decisions. With so many common mental, physical, and emotional ailments being rooted in or exacerbated by something as simple as sleep loss, rethinking the importance of sleep in your life likely makes sense.

But just because it’s simple, doesn’t mean it’s easy. There are lots of reasons why we all stay up late, and changing habits like these take concerted effort, and small incremental steps. Deciding to increase your sleep is the first step to making a change. See what of the suggestions make the most sense to you, and try one. You just might be surprised at how much better you feel with a bit more sleep.