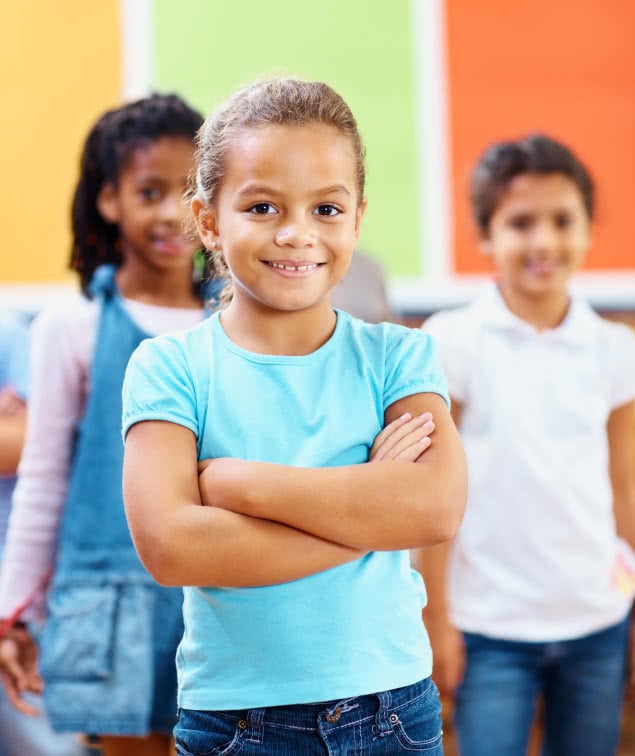 Earlier this week, Sheryl Sandberg’s nonprofit, Lean In, together with the Girl Scouts of USA launched a public service campaign called #BanBossy. Celebrities and CEOs are joining the campaign vowing to ban use of the word “bossy,” a label believed to be so painful that fear of receiving it is at the root of girls’ resistance to leadership. The Ban Bossy website highlights the importance of teaching and practicing leadership skills, and features excellent resources written in a style that is concrete and actionable. The materials are downloadable for use by girls, parents, teachers, managers, and troop leaders, all with the aim of educating, encouraging and practicing leadership. Tips span everything from practicing thinking on your feet, to speaking up in class, to teachers and managers making sure to give girls and women the chance to step up. Girls are also taught the importance of setting goals and stretching beyond their comfort zone. There are a host of activities, games, and exercises that are easy to read and filled with simple graphics and smiling women and girls. The messages  are both practical and sensitive, and can be easily adopted in our parenting, curricula and workplace.

While #BanBossy’s promotion of leadership through its educational materials is excellent, the decision to reduce such a laudable leadership campaign to abolishing use of the word bossy is a bit confusing and risks obscuring the point of the campaign.  Sandberg and the campaign materials assert that girls don’t speak up, or have the confidence they need to set goals and stretch for them, out of their fear of being labeled “bossy.” She relies in part on a Girl Scout study conducted by the Girl Scout Research Institute called “Change It Up.”

The summary of the Girl Scout data from the “Change It Up” study confirms girls’ fears of leadership are indeed broader than that of being labeled bossy. The summary states,

“Barriers to leadership are consistent among girls and boys, but girls experience fears and inhibitions about social acceptance more acutely, in the form of stress, fear of talking in front of others, aversion to seeming bossy, and peer pressure.”

In spite of these data, #BanBossy selectively emphasizes girls’ fears of being seen as bossy, a decision that is unexplained and misrepresents the totality of the findings. This narrow focus does a disservice by missing the other root causes of the problem – stress and social anxiety in general.

The summary of the Girl Scout data makes good clinical sense. Girls who are reticent to speak up, or assert themselves are afraid of judgment in general, and rejection in particular, not simply being called bossy. Sheryl Sandberg rightly suggests that anxiety is at play in girls’ resistance to being assertive, and it is this stress and anxiety in all its forms that needs harnessing. Leaning into their anxiety, putting anxiety into action, and using their stress towards reaching for their goals is what we need to teach girls and women to help them reach their potential. This is about courage, not banning a word. Courage and bravery is what’s needed to lead, that is to take action in spite of our fears. All leaders have it, and it can be taught.

Bossy behavior, not just the label, is a problem

That being said, I agree overall with the message to ban bossy. But my vision would be to ban bossy behavior not simply the label. We neither want our future leaders to be intimidated by labels, nor do we want them to earn such labels. We want them to learn to lead. Bossy isn’t leading. Bossy is bossy, and can be mean. Mean, or “bossy girls,” as my 13 year old daughter describes them, are closer to being bullies than they are leaders. And we know that bullies fundamentally feel insecure, hate themselves for it, and assert themselves over other insecure people as a way of garnering a sense of control and dominance. This is not leadership, this is intimidation, and we expect more in our leaders and want more for and from our girls. Leadership is about vision, conviction, courage and self-esteem, and is diminished by coercion. Bossiness should be banned, but as a behavior, just as bullying should be. It isn’t just the label of bossiness that scares girls away from leadership, it’s their fears of bossy peers that does. Teaching girls to handle bossiness through their own assertiveness is something I support – that’s leadership, and it takes guts. Perhaps this is part of the #BanBossy plan…. I hope so.

Lets agree on the problem to drive an effective solution

The #BanBossy campaign rightly aims to grow girls into leaders, but I believe their noble effort is diminished by its simplistic marketing strategy.  Abolishing a word or a label won’t get it done. Agreeing on the root of the problem is critical to forging the solution that makes sense. I applaud the campaign, and it’s efforts to get us all talking about fostering self esteem and leadership in kids, but this is a broader and deeper issue that deserves more. If anyone can do this, Lean In and The Girl Scouts of the USA can. I hope they will.

Posted in Blog, How To Deal With Anxiety Blog, Parenting Advice Blog